The club was founded in the summer of 1981 as the brain child of Tony Prior, who thought it would be a good idea to do something to get fitter for the squash league at Egham Sports Centre.

Tony along with some help, including Derek McCausland from the squash club arranged with the Centre to start a jogging group, putting up posters to attract interest, taking advantage of the wider interest in jogging and running after the coverage of the first London Marathon.

The first “official” meeting took place on the 4th of June 1981 in the Centre’s old weights room, and joining the first meeting was Glenn Mealing of Walton AC who had been asked by the Sports Centre to provide assistance and guidance, much to the distain of the Walton AC elite, who disliked the term “joggers”. However Glenn was delighted  to help, chairing the group and producing a monthly newsletter.

The Club gets going

The group adopted the name Runnymede Runners and became affiliated with various athletic bodies, Andy Mower designed a logo and sky blue chosen as the main club colour and subsequently running vests were bought, and of course social events were added to the calendar.

In no time the members had progressed to 10 mile training sessions, and in the September the Club competed in its first event the Burnham beeches half marathon, followed by the National Fun Run in Hyde Park.

The number of members continued to grow, and had runners that were good enough to see the club winning the MABAC league and finish high in the County League.

The club then set about organising its own events (the first and only) Englefield Green Half Marathon, which attracted a large field and some top runners from the South of England, but also events that are still run today like the relay’s and the monthly handicap’s.

Up to the present day

Runnymede Runners now has over 200 members (still including Glenn and Derek), of all abilities, many graduating from the Couch to 5k programme run by the Club, and participates in many local (and not so local) races and leagues each year now under the colours of sky blue, and navy. Very recognisable, to get that all important support of “Come on Runnymede” from the side-lines.

There are club championships that cater for many distances and ages, the 5 mile handicap still runs during the summer, along with the popular relays, and many members participate in the MABAC and cross country leagues.

There are still social occasions, the famous pasta party awards evening, where it seems the competition is to see who leaves last, the 24 hour Endure running event which for most is a social get together with some running thrown in and the lavish Christmas Party.

We volunteer too, being an integral part of the organisation of the Staines 10k, and providing marshals for many local races. 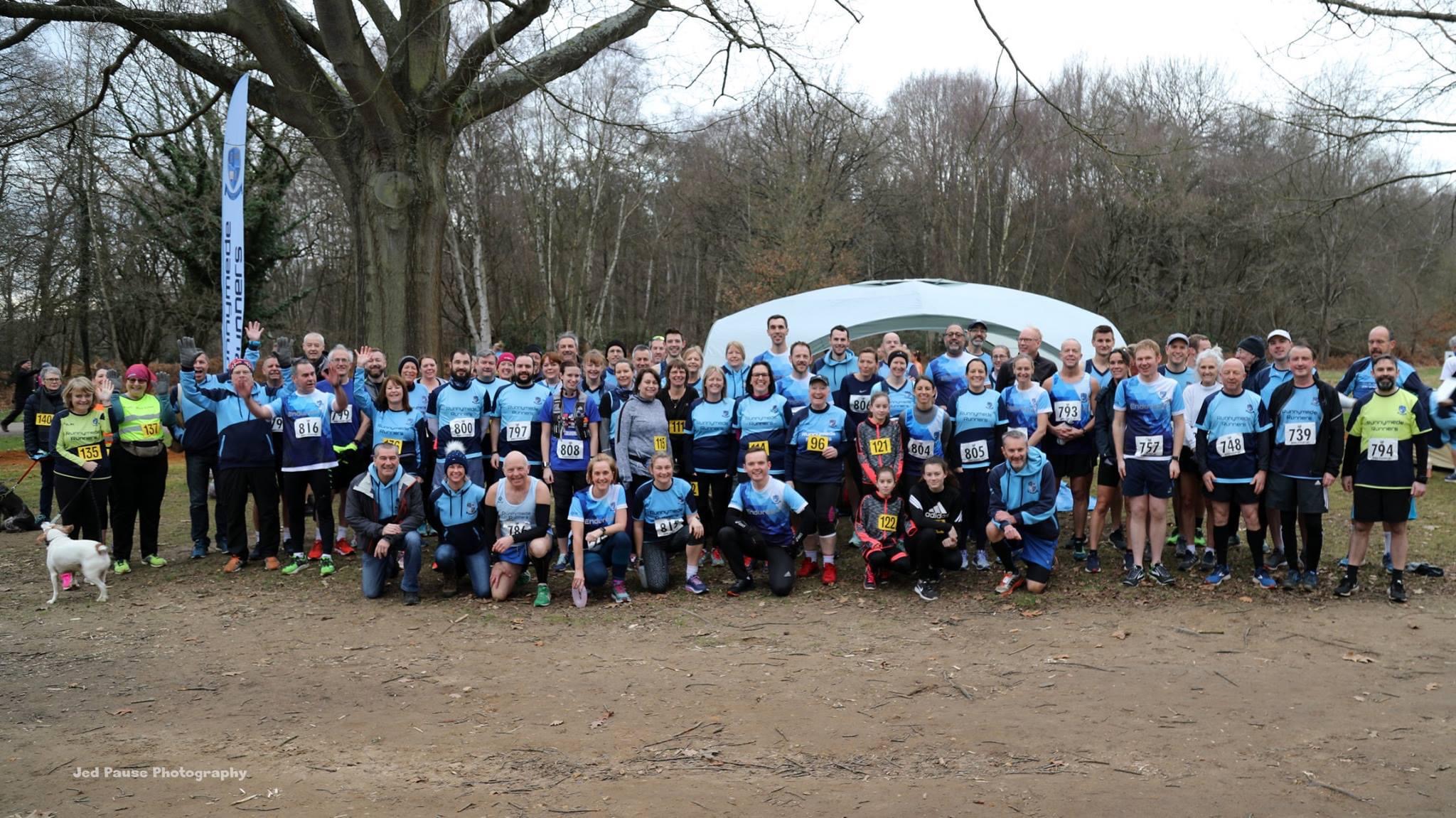 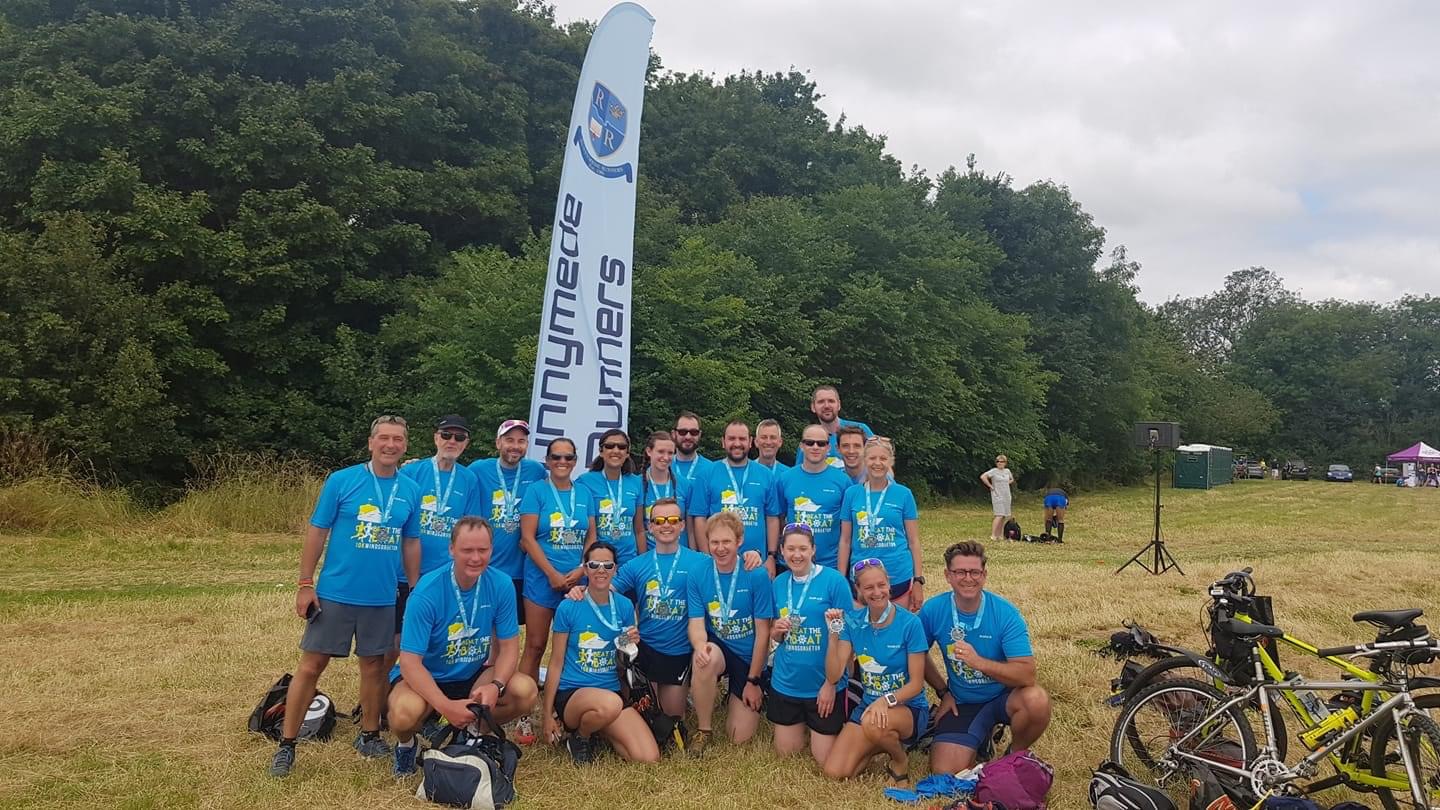